Informatics respectively computer science is a field of study with great influence on life in today’s society and it is clear that it’s core concepts should be part of general education. This and the constantly increasing demand for specialists in technology and computer science make it necessary to increase interest in these fields at an early stage.

The project „Informatics – A Child’s Play? contributed to this aim by giving children a playful and exciting introduction to computer science. The focus was on teaching computer science concepts so that the field is perceived as a subject area beyond the use of computers. Some aspects of computer science, which are already included in various subjects of primary and lower secondary schools, are only practised unconsciously and have been prepared more explicit for children through this project. These include topics such as route descriptions or secret languages, which are mentioned in the curriculum of primary schools and lead directly to important computer science concepts such as algorithms, programming, coding and encryption.

Technology-related projects in the primary school sector have already shown that an early start can increase interest in technology and computer science, reduce fears about difficult topics, and compensate for and avoid gender-specific differences at a very early stage. For this reason, children, especially girls, should be encouraged to take an interest in technical topics and perhaps be encouraged for a later career in computer science.

Interviews with primary school teachers at the beginning of the project confirmed that computer science is perceived as work with the computer. However, activities related to informatics concepts such as organising, searching and sorting objects, finding generic terms and similarities and following directions and step-by-step instructions were considered important by the teachers. In the course of this project we demonstrate that core area of computer science can easily be integrated into other subjects.

In order to achieve these goals, interventions were designed, implemented and scientifically monitored at various levels.

Workshops of the Informatics-Lab covered most of the interventions. These took place locally at the University of Klagenfurt continuously during the school year, at partner schools and with the cooperation partner wissens.wert.welt mobile at other educational institutions. The computer science topics covered in the workshops were planned and designed in cooperation with teachers from the partner schools and are based on COOL informatics concepts. The teachers were first accompanied by research staff and then taught the topics independently.

Together with the cooperation partner Mädchenzentrum Klagenfurt, computer science workshops were organised specifically to increase the interest of girls and promote girls who are already interested in computer science. The workshops were offered at local institutions (labelled as Girls‘ Day) and were also organized mobile at other educational institutions. The girls were able to work in the prepared environment with computer science topics and technology, which also included vocational orientation activities.

In order to reach pupils beyond the school year, the Summer-Lab was held annually during the summer months. The computer science content was thematically arranged in concepts and was prepared to build on the experiences and lives of the pupils. The content was continuously expanded and revised in collaboration of research staff, educational staff and older pupils taking part in holiday internships. Altogether, tried and tested working materials were developed for many computer science concepts, also designed by participating pupils.

Another direct cooperation between the Department of Informatics Didactics and (partner) schools resulted from the Children’s Congress, which took place several times. Children and young people were able to slip into the role of researchers and prepare computer science concepts in an interdisciplinary way with scientists, teachers and students of the teaching profession, try them out and present them at the congress suitable for children. This resulted in a large number of child-friendly contributions, which integrate computer science concepts into different subjects.

Computer science can be embedded in the daily work at schools on different levels. The Sparkling Science project „Informatics – A Child’s Play?“ lays the foundation for the establishment of computational thinking as the fourth main competence  taught in compulsory schools, alongside reading, writing and arithmetic, as is called for by the scientific community. 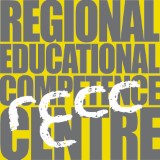 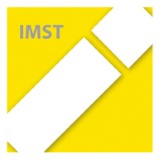 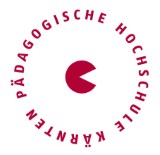 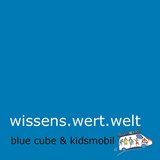